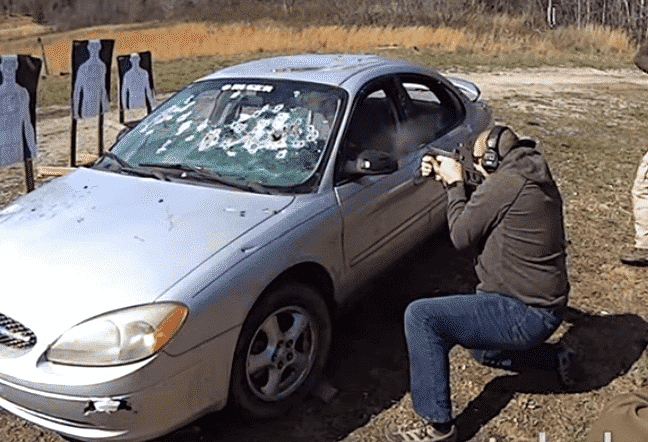 The Need for a PDW - Personal Defense Weapon

My first exposure to Fab Defense products was with their GLR-17 Glock Stock back in 2009. I was a full time cop and was looking for a small shoulder fired weapon that could sit in the center console of my patrol vehicle. I worked with the GLR-17 Glock Stock and the FGG-K Grip/Safety combo and found the set up to be fast and responsive to shouldering and point shooting. It had one drawback that wasn’t a complete deal-breaker but was a concern. I found that working with pistol sights didn’t give enough definition between the front and rear sight and thus tended to cause hesitation as one would struggle to find their visual landmarks before shooting. Pistol sights are meant to be used at arms length. Stocked pistols are fired with the rear sights usually less than eight inches in front of the shooters sight line. This is a problem. 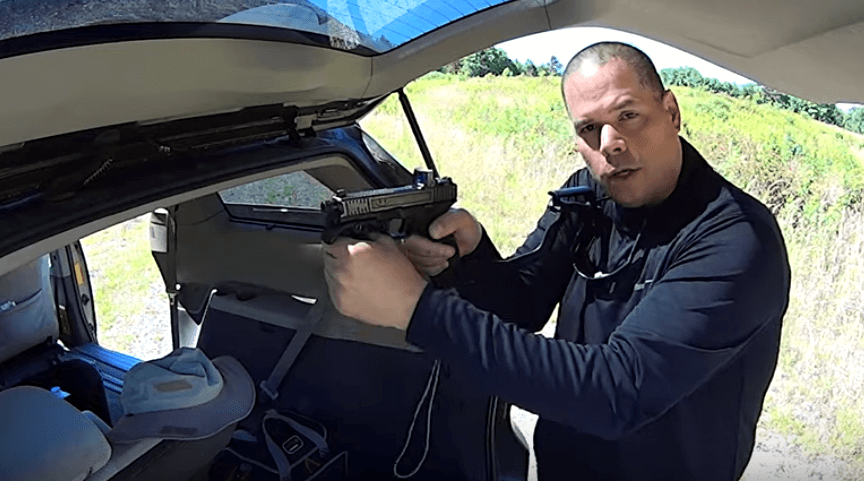 Back then the mounting of red dots to handguns wasn’t as commonplace as it is today and having a slide cut for the purpose was very cost prohibitive. Because of this fact I set aside the GLR-17 / FGG-K set up and moved on to the FAB Defense KPOS. The KPOS was better suited for running optics and lights and I took to it right away. It bears noting that FAB Defense has written the book on making products that transform the Glock into a PDW (Personal Defense Weapon). I have always found their Glock products to be of high quality and to do what they state. When I was conducting testing on the KPOS I had a chance to talk with one of the reps for FAB Defense and was told that the reason for the KPOS, and GLR-17, was because the Israeli Defense Force was looking for a PDW. In the process of exploring the possibilities for such a weapon they realized that they already had what they needed in their vast arsenal of Glocks. All they needed was to put the Glock into something that would make it more useable as a shoulder fired weapon. I’d say they figured it out with the KPOS and the GLR-17 / FGG-K set up.

The KPOS was light and fast and very intuitive in nature. It offered a lot of what a CQC (Close Quarters Combat) focused PDW really should be. To say that I was impressed by it would be an understatement. It bears noting before we go any further that if you’re going to do this, you must register your Glock as an SBR with the NFA Branch of the ATF. I liked the KPOS immensely but found that it lacked the ability to make truly tight shots past 25 yards. This is back when I was still eaten up with the “accuracy bug.” More on this later. 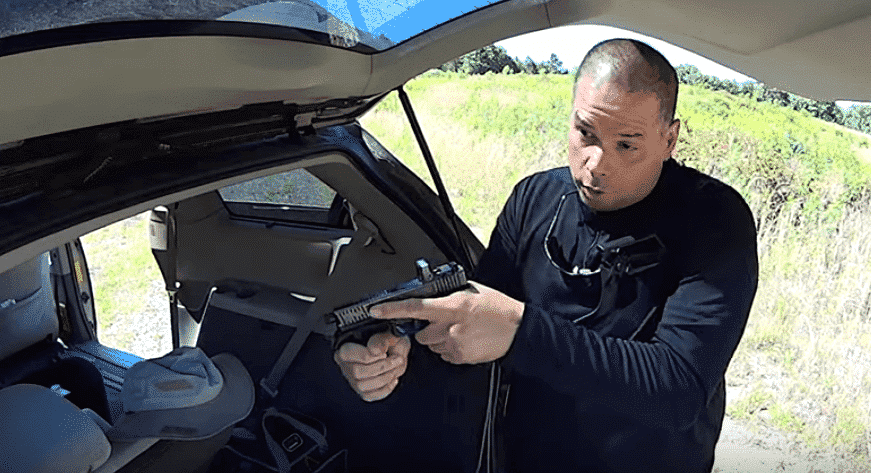 Because of this need for “accuracy” I set aside the KPOS and went back to the GLR-17 / FGG-K set up which by then I’d taken to calling “The GS17.” By then enough time had elapsed in the firearms industry and now RMR’s on pistols had become a thing! Now it was easy to find competent machinists who understood the nuances of machining a slide to fit a Trijicon RMR. I had this done to my SBR registered Glock 17 and was finally able to achieve the “accuracy” I was so desperately looking for. When you machine an RMR into a slide, and I do mean into the slide, you pretty much erase the mechanical offset issues that arise when your optic and your barrel are on two different sight lines. Simply put, if you zero your PDW to 25 yards and move inside that distance you’re going to get a rapidly ascending holdover. By having an offset between optic and barrel smaller than a dime you have very minor issues at distance. But now we’re talking about that whole “accuracy” thing again. 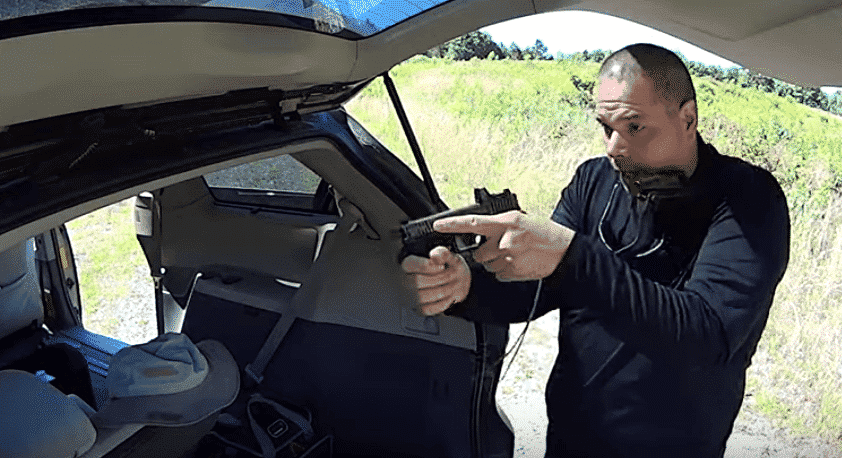 Let’s go ahead and address this now. “Accuracy” is an etherial thing. To define accuracy as just one thing in regards to firearms is an impossible task. The accuracy that is acceptable or rather, mandated at 200 yards is very tight. If you’re shooting at someone at 200 yards it’s because something horrific is about to happen if you don’t stop evil from acting. This requires that you be exceptionally accurate at that distance. By the same token, your adversary at 200 yards will most likely not know that they are being targeted. The accuracy required at 20 feet is also just as pressing, but, it’s a bit more forgiving at this distance. You can still miss at 20 feet with just a flick of the wrist but your ability to recover from such a miss is very quick. That is to say that you will recognize that you’ve missed and can quickly recover and shift your fire inside of a 1/4 second. This is what I’m referring to when I say “accuracy” is an etherial thing. Few people even know that there is an acceptable level of “visual slop” that one needs to learn to accept when employing firearms in self defense. Time is of the essence. You are pointing a gun at the bad guy, he may be pointing one back. You will most assuredly be moving and trying to work out angles on each other. Accuracy is a wildly vacillating thing at CQC distances. 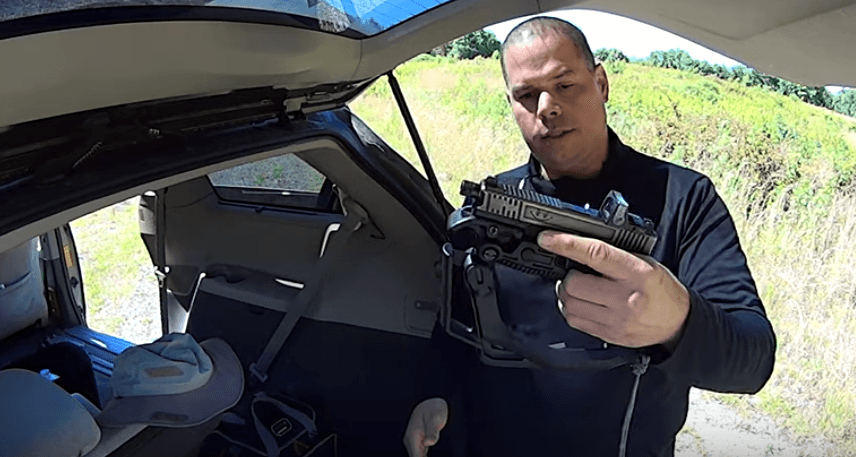 For me, one of the biggest reasons for owning firearms is having them nearby when needed. The best weapon for a fight is the one you have with you, so rifles are behind the eight ball in that regard. Attempting to conceal an AR-15 makes you stand out as “that guy.” The GS17 is much easier to conceal than an AR-15, even a pistol caliber AR-15. However, things really got interesting when I got my hands on the FAB Defense COBRA Glock Stock. Suddenly the KPOS went from about 17” collapsed to roughly 10” collapsed. That’s a decrees in size of about 41%. 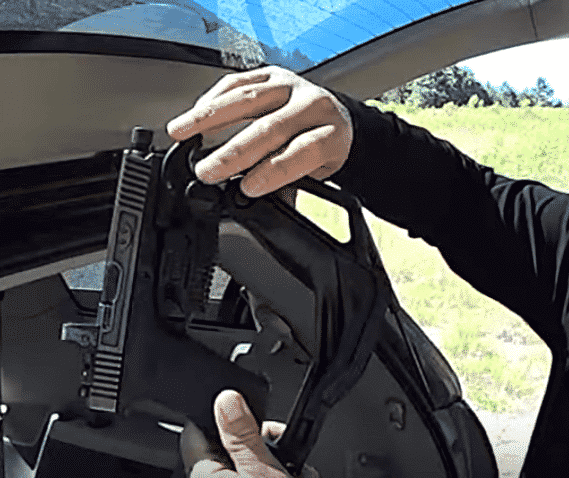 Visually you feel like you’ve just shed 2/3’s the length of the weapon without gaining any thickness at all. This is significant! The COBRA is made of very dense polymer, and based on my experience with FAB Defense Products it will most assuredly take a lot of abuse before failing. 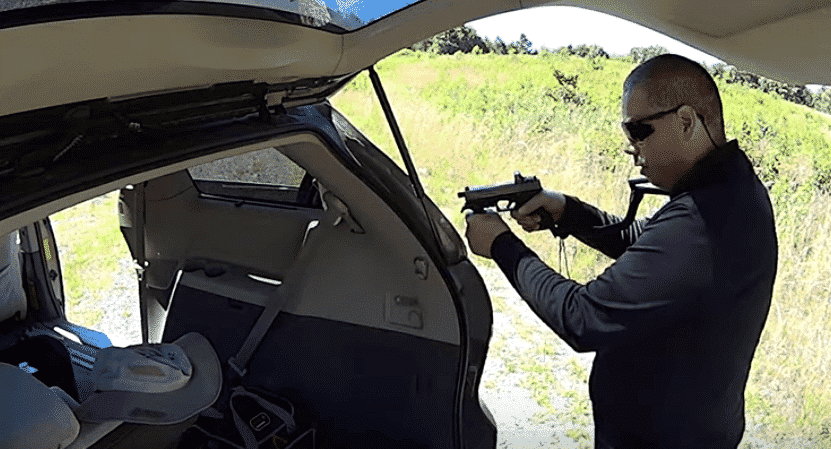 With the COBRA in place I can now store the GS17 in the glove box of a car - any car. I can slide it into a fanny pack, which as amazing as it sounds are actually making a comeback - that’s sort of weird! I can slide the COBRA equipped GS17 into a Bible case for church or an iPad case for work. The list goes on and on. Suffice it to say, the COBRA Glock Stock takes Glocks and turns them into PDW’s without sacrificing the fact that they’re still handguns. Yes they have to be registered as SBR’s but keep in mind that eventually things could get ugly enough that the “rule of law” goes out the widow and when that day comes you’ll wish you had a way to turn your Glock into a PDW. So get on it! 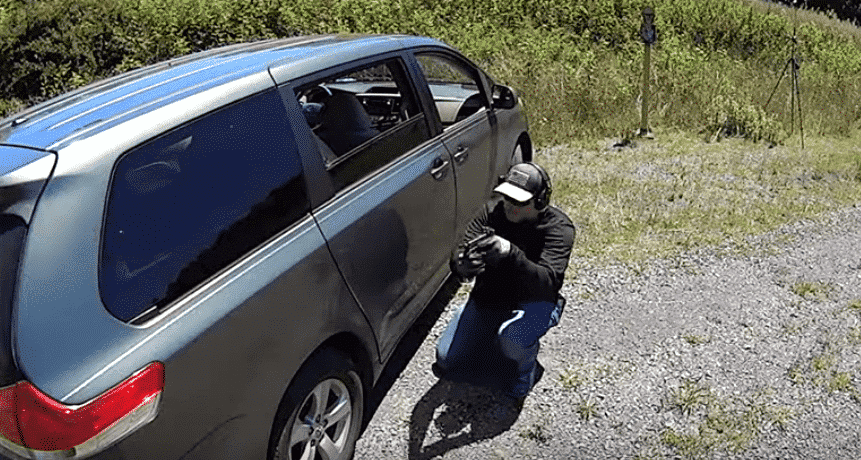 You can purchase the COBRA Glock Stock here:

View the Full Video Review of the Cobra Glock Stock by Abner Miranda: