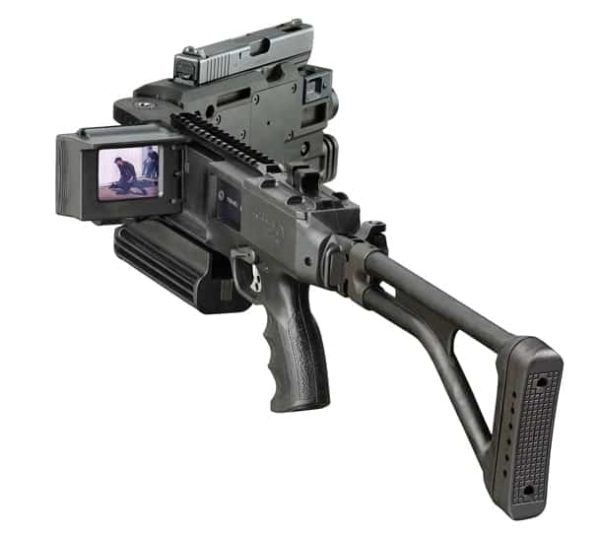 OUT OF STOCK
Original price $0.00
ZFI Club Register for 10% discount

The Cornershot is available in the USA territory only. The shipping time may take up to 45 business days, this due to the time it takes to clear this conversion kit.

Depending on the model, the Cornershot can be compatible with the following handguns:

Cornershot Law Enforcement Version is Supplied with the followings:

The CornerShot®, a weapon system platform that provides the ability to observe and engage a target from behind a corner. In other words, it allows you to see and shoot around corners without exposing yourself to deadly return fire by a terrorist or hostile. The Corner Shot® attaches to most top-tier semi-auto and select-fire pistols, like the Glock 17/18/19, SIG Sauer P226/228, Browning Hi-Power, and Beretta M9/92F/M93R (Corner Shot is compatible with the guns referenced herein as well as handguns not listed, additional charges may apply.), which are currently being employed by military Special Operations Forces units, anti-terrorism & counterterrorism units, PMC operators, and law enforcement SWAT/SRT teams around the world. Corner Shot® turns your pistol into a pistol-caliber, (very) short-barreled rifle with a swiveling front section. In other words, this short-barreled rifle has an omni-directional barrel.

The CornerShot’s lever allows the operator to quickly swivel the weapon system in either direction, depending on the direction of the corner and hostile threat, and then turn it back to straight just as quickly. The front of the Corner Shot® is designed as a swivel-mount for modern semi-auto pistols like Glocks, SIG’s, HK USP, Browning, and Beretta etc. A camera lens is attached to the front of the swiveling pistol mount, and a flashlight is mounted above the camera, along with a laser sight. Mounted on the left side of the “receiver” is a flip-out/swing-out camcorder-style video monitor — only the Corner Shot’s video monitor features sighting crosshair and is heavily reinforced for hard use, just like the rest of the unit.

The CornerShot “civilian” means it does not have night vision and thermal capability also not included is the video transmission/record capability. We have seen a large interest for the civilian model with our more “well off ” clients for personal and asset protection.

The Military / Law Enforcement model is designed to be used with a team where the person operating the CornerShot would not be making the situational decisions but merely relaying whats happening so that a command center or unit could give orders.